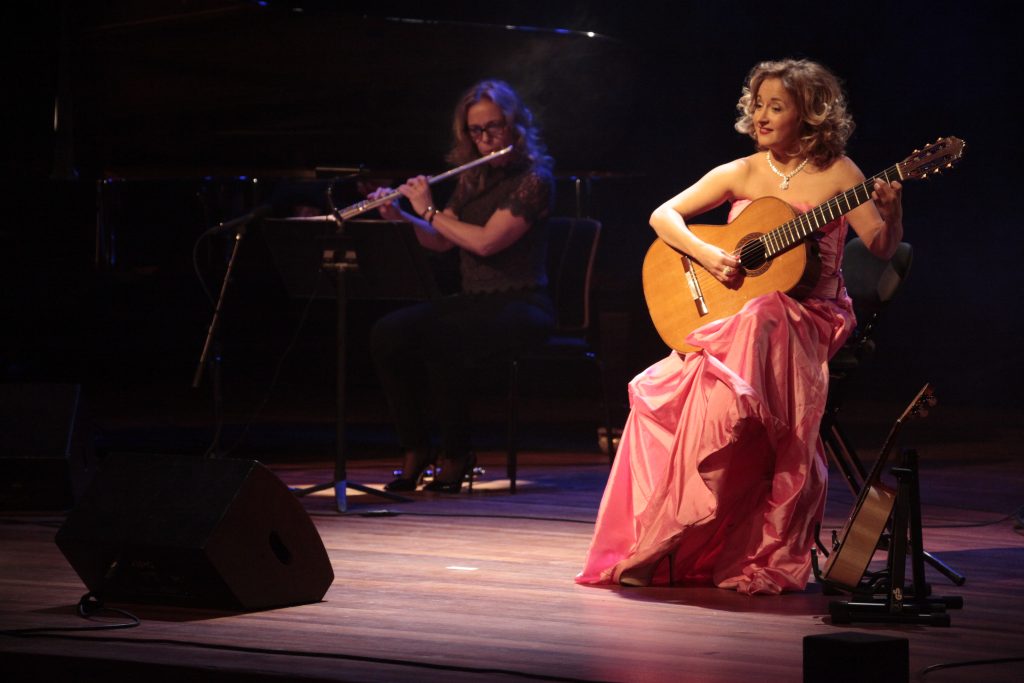 Its was a big step on Carla Maffioletti’s career to produce her own concert Show. The Brazilian artist has her hand and soul in every step of her Theater Tour, from concept, arrangements, staging and production.

The tour started in January of 2017 and ended with a fantastic show on the 30th of November of 2017. It covered 8 cities in the Netherlands,   one in Belgium and another in Germany.

With  flavour for beautiful classical melodies and a mix of south American refined repertoire, Carla Maffioletti was able to make an innovative Opera-World Music Cross-Over, something very peculiar, as for the surprising fact that the show not only  portrays the artist as a  classical singer but also as a skilful guitarist, something rarely seen on stage.

Carla Maffioletti is preparing a broader Tour for the new season. Lat’s see where in the world this beautiful A Dream is going to land after winning the the hearts of the Lowlands!